Hi! I am Russell Ng, a 13 year-old student (as of 2016) studying in NUS High School of Math and Science. Despite this, I am very passionate about writing, something which started when I was in Primary 5 GEP. That was when I first started writing stories, and I found that not only did I have talent in writing (blowing my own trumpet here a little, hehe), I also really enjoyed writing, with the power of creating whole new worlds out of words. As they say, the pen is mightier than the sword. Since Primary 5, I have come a long way as a writer. I have managed to nurture my flair for writing and even co-authored a book with two of my friends. While in retrospect it was not such a good piece of work (we are still young and not the best writers in the world after all), I felt that it was a stepping stone to improvement. I am still writing and, someday, in the (hopefully) near future, I will be able to succeed and attain fame as a world-class writer. Till then, this is Russell Ng, an Aspiring Author, signing off. 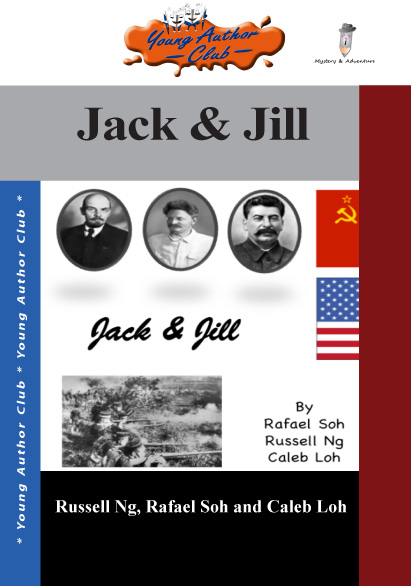 A group of detectives spanning different nationalities must work together to solve a murder. What they did not see coming was more murders, empty chases, red herrings and numerous attempts on their lives. Set in the 1960s, explore the international murder mystery collaboratively written by a young well-versed trio.

On the Isle of Letum, a murder has occurred; amongst a conglomerate of six possible suspects, all of whom have motives, one of them is the murderer. Who is it and will Keane and Lionel be in time to prevent a murderer from escaping?